Black Confederates who served in the U.S. Civil War Black Confederates who served in the U.S. Civil War

NOTA BENE: This is not meant to glorify the Confederate States of America, but, African-Americans served on both sides in the U.S. Civil War, believe it or not? Not only African-Americans, but Native American Indians also served in the confederate and union armies and navies. Here are photographs taken during the years 1861 to 1865 and up to 1923, possibly to 1940?

Reviewer: Chandler Creed - favoritefavoritefavoritefavoritefavorite - July 23, 2021
Subject: Interesting photos of formerly enslaved Southerners and Union Soliders
1. First guy's story is remarkable. His name is Robert Webster and he helped Union Soldiers. There's debate among historians as to whether he is wearing a Confederate or a Union uniform. There's an article about him in Smithsonian mag. https://www.smithsonianmag.com/history/why-was-robert-webster-slave-wearing-what-looks-confederate-uniform-180952781/

2 and 3. The second and third guy are the same, Daniel Clayton Winsett. He said he served under Generals Mamaduke and Shelby. He's in lots of Confederate reunion pics. Veterans used to like to cosplay like it was the old times, and usually referred to men like him as "old-time darkeys" or "old time negroes". This was because old-timers were slaves and "knew their place". You can find lots of mentions of enslaved body servants and cooks in Confederate Veteran magazines. His obituary contains nothing about him being a soldier.

4. Andrew Chandler & Silas Chandler - another remarkable story. The weapons in the photos are just studio props and were common among photos at the time. Silas was actually enslaved to Andrew which means he did not really have a choice of whether to go to war or not and this is often overlooked. He had a wife and child back home, but that gets overwritten usually for a story about how loyal he was. My favorite part of this episode is how it totally chews through family fairytales and just focuses on the facts.
https://www.pbs.org/video/history-detectives-wearing-the-confederate-uniform-slave-or-soldier/

5. No idea about this guy, I haven't seen him any many other pictures.

6. This is Rube Patterson. I think he might have had ricketts. There's lots of info about him, note how much of it perpetuates the happy slave narrative that was common in Confederate Veteran magazines. His job there was mostly storytelling and entertainment when he returned to the Reunions.

7. Not sure about these guys, I haven't authenticated any black people in the photos.


8. This is a Confederate Reunion with Dr. R. A. Gwynne (seated), yeah the photo is awk, but I’d love to know why he attended. Many “old time darkey” types attended because they were seeking favors, had been sponsored to come, could count on a little extra change from the reunions and sometimes to recreate the bond/feeling of what it was like in the camps. The white veterans who attended were often wealthy and connected. They needed these guys so someone would be able to vouch for servant pensions and other things. It wasn’t just a feeling of admiration.
https://deadconfederates.com/2010/11/29/reunion-images-more-complicated-than-they-seem/#comments

9.William Mack Lee, one of my favorite grifters. A true king. He told everyone he was General Lee's slave. This has been thoroughly disproved by records and was even called out in Confederate Veterans magazine. WML is not listed among General Lee's servants. http://cwmemory.com/2016/05/24/the-making-of-a-black-confederate-soldier/

10. This is Louis Napolean Nelson who was enslaved to E.R. Oldham. He definitely wasn't not a soldier. His widow was even denied a servant's pension. If you look at any records you will note that enslaved "bodyguards" and "body servants" ​did not serve the confederacy, they served the owners who enslaved them. They could sometimes hire themselves out to other people in the camp, but only if they were allowed to.

11. This guy also isn't a fighter. I've been trying to track down his identity, but you can tell by the fact that he's carrying a canteen that he was not a soldier. He was a camp slave /body servant.
​This photo is in the library of congress but there is no name. listed. The guy is unidentified.

13. This isn't actually a picture of the Louisiana Native Guard. This photo is from the USCT and the Union commanding officer is cropped out of the photo. The Louisiana Native Guard was disbanded at the beginning of the war because the Confederacy was not interested in black men as soldiers, only as labor. .
https://www.battlefields.org/learn/articles/black-confederates-truth-and-legend

Fun Fact about 10% of the LNG joined the Union. Louisiana contributed the highest numbers of black Union troops from the South.


15 + 16. Jeff Shields, not a confederate soldier, but an ex-camp slave. He did not fight or serve for the confederacy, he served at the leisure of his masters. At different times he was enslaved by Stonewall Jackson, H.E.B. Stuart, and AP Hill. https://www.newspapers.com/clip/12839480/jeff-shields-lexington-gazette-sept/

17. Still trying to find this person, but I don’t think they were a confederate. There is nothing to indicate they were.

18. This is Marlboro Jones, also not a confederate soldier. Marlboro was enslaved through the Civil War. The canteens are a tip off that he was a camp slave/ex enslaved person and not a soldier. This doesn’t diminish him helping his enslaver. He was brave and courageous, but we’ll never know what motivated him because very little he said was documented. Did Marlboro have a family? What consequences might a slave who left their master on the battlefield face if they tried to return home?

19. This looks like a union soldier. Will have to track this guy down.

20. This guy is also a Union soldier. He’s a member of the USCT (united states colored troops).

21. Another USCT. Union soldier. I think many of these folks are in the library of congress.

22. Another USCT soldier. Maybe I’ll write part 2 once I’ve had time to confirm their identities.

26. Another USCT soldier. Pretty sure these are all from the Library of Congress. Some of the people look really familiar.

If they did something valuable, then perhaps former Confederate states actually owe black people for the labor their great grandparents performed in the camps,
These men never received money for their "service", because it was usually taken by the enslaver. For ex Nathaniel Bedford Forrest, https://www.facebook.com/ChickamaugaNPS/posts/2292582347471659

Beautiful collection of photos. I hope they are all attributed correctly one day. 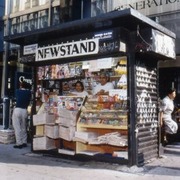